The History of the Circular Economy

The circular economy is more than a fad; it's been years in the making. We'll go back through some significant milestones in history that paved the road to the present day circular economy. 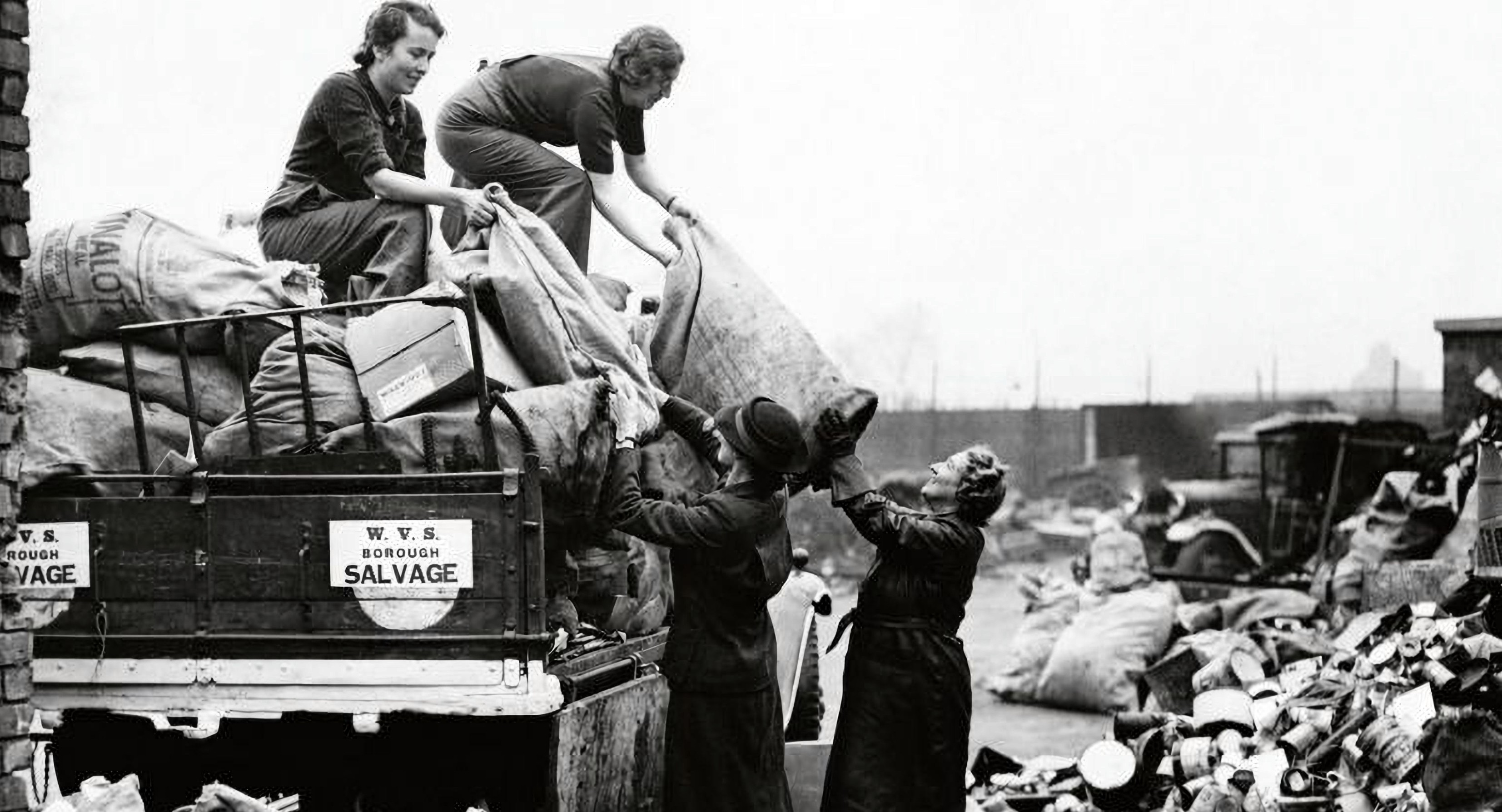 The circular economy is a system of producing and consuming products in which resources are kept within the ecosystem to prevent or greatly reduce waste.  It’s one of the hottest topics in both retail and sustainability today, but how did this idea come about? Who were the key people that took part in establishing what we know today as the circular economy?

Here are some key milestones throughout history that have advanced the idea of circularity:

The circular economy has its roots in the 19th century, when a group of British textile manufacturers called the Luddites protested the introduction of new machines that they believed would put them out of work. At the time, there was no such thing as recycling – all materials were either used up or burned. The Luddites argued that it would be more efficient to use the new machines to recycle old materials, instead of creating new ones from scratch.

This idea was the beginning of circularity, but it would be almost 200 years before the circular economy came into existence. The circular economy has come a long way since the days of the Luddites, and there are now many successful examples of circular businesses around the world. There are now entire industries dedicated to circular design principles, such as the fashion industry, which is working to create circular clothing collections made from recycled materials.

The circular economy did not begin to take shape until the early 20th century, however. By World War II, circularity was growing in Germany thanks to retail recycling initiatives. First introduced by Max Bahr, modern day retailers created shopping baskets for customers that could be reused instead of traditional packaging. In the 1950s and 1960s, American supermarkets began to introduce shopping carts for the same purpose. As circularity grew, so did sustainability efforts.

In 1938, Swiss scientist Viktor Schauberger proposed the idea of using nature’s own patterns of cyclical movement (e.g. water flowing in rivers) to create a circular economy, sparking the serious consideration of circularity as a viable solution for waste management. His ideas were not well-received at the time, and were even referred to as “blasphemous” by some.

In the 1940s, a circularity movement was spurred in Japan. The country suffered from scarcity and resource depletion during World War II, and it desperately needed to rebuild itself to become economically relevant again. In order for this goal to be met, circularity became integral: people living in post-war Japan knew that they had limited resources and had to make the most of everything they had.

In 1969, two Belgian industrial designers named Paul Jorion and Jacques Brajt proposed a circular concept where products would be manufactured from their own recycled materials. This was years before recycling became commonplace. They also suggested that companies should be responsible for the entire lifecycle of their products, not just the production phase.

In the 1970s, circularity started being championed by a man named Dr. Walter Stahel. Considered the “father of the circular economy,” he argued that extending the product life of goods was a common sense point at which to start a gradual transition towards a sustainable economy. In a 1982 paper titled “The Product-Life Factor,” he coined the term “closed loop economy,” which is used to describe circularity today.

In response to growing public awareness of sustainability issues, governments started enacting regulations related to circularity and sustainability. The European Union established its first Waste Framework Directive in 1975, aiming to create a circular economy for Europe by 2020, as circularity started being discussed in environmental circles as a way to reduce waste.

In 1990, Thomas Lindhqvist formally introduced the concept of “extended producer responsibility” to the Swedish Ministry of the Environment. Sweden passed a law requiring manufacturers of electrical equipment to collect the e-waste from their products, holding producers responsible for the entire lifecycle of their goods. Swedish producers now had to take into account things like recyclability, biodegradability, and the reclamation of old products when creating new ones.

In 1994, a Dutch chemist named Doc Cees van der Leest created what is now known as the “cradle to cradle” model – an alternative for linear consumerism that aimed to use resources more efficiently and productively. The cradle to cradle model is based on the idea that everything can be reused, recycled, or composted.

Also in 1994, Robert U. Ayres and Udo E. Simonis published a paper called “Industrial Metabolism: Restructuring for Sustainable Development” in the United Nations University Press, describing “the metabolism of industry [as] the whole integrated collection of physical processes that convert raw materials and energy.” They also advocated for “the pursuance of a conservation strategy […] motivated by various environmental and economic incentives […] for a sustainable development path in developing countries.”

In 2001, the American Electronics Association published its first eCycling Guidelines for electronics manufacturers to encourage recycling and reduce electronic waste. In 2002, IBM introduced their own take on circular economy principles with “smarter planet” initiatives that aimed to reuse and recycle materials in products and data centers.

In 2003, an article in The Economist’s Technology Quarterly called “Waste Not, Want Not” discussed how businesses could save money and resources by adopting circular economy principles. The article cited the example of a Swedish company called IKEA, which had begun to recycle its own products and packaging.

In 2004, RecycleBank launched in the US, which gamified circularity by rewarding people for recycling with discounts at local businesses.

In 2009, Rent the Runway was founded, allowing women to subscribe to short-term fashion rentals, a first for designer apparel and accessories.

In 2011, The RealReal kickstarted the ecommerce trend of selling used things online by launching an authenticated luxury consignment market, allowing people to buy used luxury items like jewelry and home decor that has been vetted as authentic.

In 2015, the Ellen MacArthur Foundation released a report calling for a “global circular economy” in which products are designed for reuse and recycling. The report was endorsed by over 100 CEOs and government leaders from around the world. The circular economy was a key focus of the UN’s Sustainable Development Goals the same year.

In 2016, the Ellen MacArthur foundation launched the CE100, an innovation program designed to help organizations go circular faster. The CE100 “brings together corporates, governments and cities, academic institutions, emerging innovators and affiliates in a unique multi-stakeholder platform” designed to enable education, capacity and network-building, and collaboration.

There are many exciting things happening in the circular economy space, and its future looks bright. Some predictions for the future of product circularity include:

•    The growth of circular economy hubs such as The Arrive Platform, which will act as a resource for businesses and consumers looking to adopt circular principles into their lives

We’re finally seeing circular economy concepts come into fruition. It has truly become a hot topic in recent years because it’s not only sustainable, but increasingly profitable. In fact, some companies have been able to double their profits by integrating circularity into their business model.

It’s possible that circularity will become even more pervasive as our population continues to grow and demand for resources continues to increase. As the circular economy continues to gain ground, people will continue pushing for it to be the dominant way of doing business.

If you are a brand or retailer looking to incorporate circularity into your business model, The Arrive Platform can help. Email us at partnerships@thearriveplatform.com.